Article Title: 6 Yoga Exercises You Won’t Be Embarrassed to Do at Your Desk

Sometimes when we sit for long periods of time our body gets a little stiff and we feel the need to stretch. I read the article about 6 different yoga exercises that you can do at your desk at work. I chose this article because I have been getting really into yoga so I figured I would be able to recognize some things and relate them to yoga poses. From those 6, there were 2 that I regularly do. I often do the open chest stretch and the chair twist. I do the chair twist the most often because I feel like it stretches my back so good. I also like the idea of doing shoulder rolls and you can do those without even having to think about it!
Posted by Gabriela Pineros at 2:20 AM No comments:

When I am doing homework or other things I often like to give myself a break. What I usually do is for every 30 minutes that I work on something I take a 5 or 10-minute break. I usually make that decision based on how hard the assignment is. I don't usually set a timer tho. I just look at the clock and keep track of time. Knowing that I can keep a timer on google as I work tho just makes it so much easier.
Posted by Gabriela Pineros at 12:33 PM No comments:

I made a few changes to my canvas profile. First, I changed my name on there. It was my full first and last names, but I changed it to my nickname. My name is Gabriela, but I always go by Gabby so I went ahead and changed it. I also added a profile picture, which I made my dog. My dog is so important to me and the cutest thing ever so I put him on there. Lastly I added my pronouns because as most of us know they are very important in 2020.
Posted by Gabriela Pineros at 1:56 AM No comments:

The Canvas mobile app has been so helpful throughout my college career. I did not find out about it until halfway through my freshman year. All of my friends knew as soon as something had been graded and I did not know until I had time to pull out my computer and go look at my grades. At times it was so much easier to just be able to pull it up on my phone. As most college kids know, one of the things that give us the most anxiety is waiting on a test grade to come through. It is such a relief to know that as soon as an assignment gets graded I get a notification right away and it is greatly accessible. It is also helpful when you need to quickly check what assignments are due soon. My favorite part is being able to see when a Canvas message is sent out. My favorite one to receive is the one that says the class is canceled that day! Without the app, I would probably show up to a canceled class because I do not check my email too often.
Posted by Gabriela Pineros at 1:25 AM No comments:

Learning Challenge: Your Sleep Schedule Can Make You Sick

Article Title: Yes, Your Sleep Schedule Is Making You Sick

Before reading this article, I already knew that your sleeping schedule can make you sick. A lack of sleep can cause irrational behavior and can make you lash out. However, sometimes it is hard to get a good amount of sleep with the busy life that some people live. Something I learned in this article is that traveling can have an impact on your circadian rhythm, which in turn affects how much you sleep. They say that traveling if you travel east you need morning light and evening melatonin and when traveling west you need morning melatonin and evening light. The reason for this is so that time zones do not affect your circadian rhythm as much. I sometimes deal with depression and according to this article., waking up in a room with a window facing where the sun rises can help with depression. In a study that they did, people got released from a facility faster if their room faced the sun because the light helped with their depression. People's whose rooms did not face the sun were kept longer because their symptoms were not cured as fast. 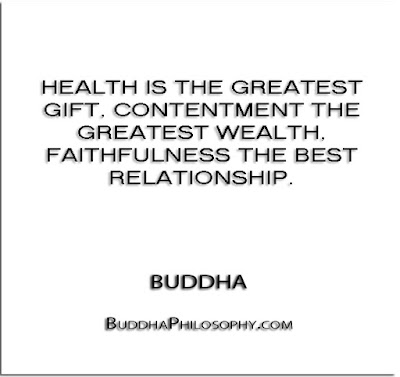 Keys to life with health being the main one.
Source: Flickr

Posted by Gabriela Pineros at 1:15 AM No comments:

In this story, an old, ugly, little fellow went to DAME Goody's home to ask her to come care for his wife's baby as she was sick and could not do it herself. She hopped on the horse with him and they went to the fellow's cottage. When the wife handed the baby over she gave DAME Goody an ointment and told her to rub that on the baby's eyes when he started to open them. She was curious as to what that ointment did so when she rubbed it on the baby's eyes she also rubbed it on her right eye. She saw everything much more elegant and realized that she was in a house of pixies. 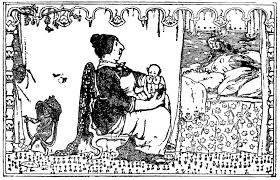 The next day when she was home she went to the store and noticed the little fellow was going from stall to stall and nobody seemed to notice. When she saw him she went up to him and he realized that she had put the ointment on her eye as well. When she told him what eye she had rubbed it on, the little fellow struck her on the right eye and she became blind.

This story is a lot of repeating but each time they add one more thing to the sequence of things that must happen in order for the pig to jump over the stile. The woman could not go home until the pig jumped over the stile. 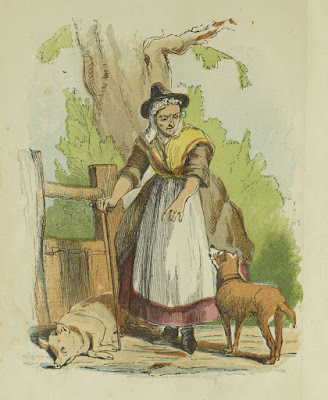 
Example: From end to beginning

The woman gave the milk to the cat.

The cat began to kill the rat.

The rat began to gnaw on the rope.

The rope began to hang the butcher.

The butcher began to kill the ox.

The ox began to drink the water.

The water began to quench the fire.

The fire began to burn the stick.

The stick began to beat the dog.

The dog began to bite the pig.

The little pig in a fright jumped over the stile.
Bibliography: The Old Woman and Her Pig from English Fairy Tales by Joseph Jacobs

Posted by Gabriela Pineros at 3:05 PM No comments: